In O.L.D. — A Good Way to Die, our heroine Hunter Gunne drives a badass gold and black Corvette Stingray, which Steven immediately notes is similar to the cars that the NASA astronauts drove. So, let’s take a look at these iconic ASTROVETTES…

One of the awesome perks of being a NASA astronaut in the late 60s — in addition to boldly going where no man — or woman — had gone before — was getting to lease a brand new Chevrolet Corvette for the measly sum of just $1 per year. A local Florida dealership generously supplied these cars, and each included custom and unique flourishes per the astronaut’s requests. 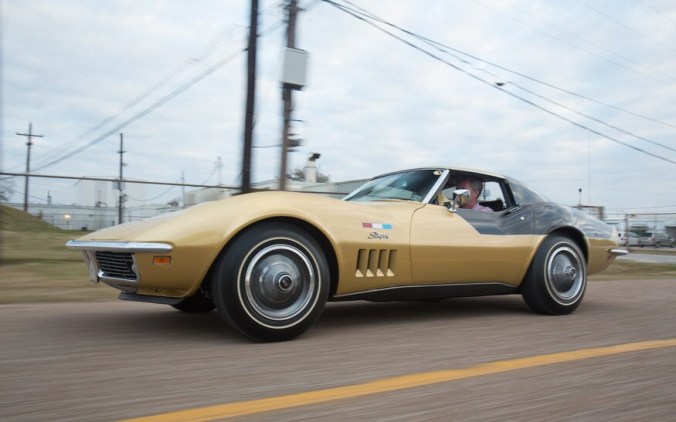 Hunter’s black and gold model is a specific shout out to the cars of the Apollo 12 mission, the second lunar landing. Comprised of Pete Conrad, Dick Gordon, and Alan Bean, the astronauts decided to get three identical 1969 Stingrays, each sporting a 390-hp, 427 Turbo-Jet V-8 engine and four-speed transmission, with the custom black-wing paint job added just before delivery. Of the three cars, only one remains intact and documented. This car, featured in this fantastic Motor Trend article, was driven by astronaut Alan Bean. 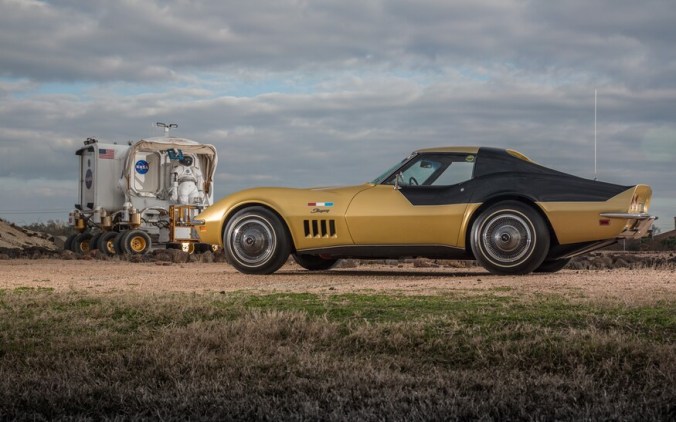 As for Hunter’s car, I definitely took some liberties with the vehicle. But why’d I pick this as the template for her secret agent super-mobile? Well, just imagine this car — Hunter behind the wheel — smashing through the wrought iron gates of the White House compound, machine-gun fire ricocheting off its bullet-proof glass and nearly-indestructible fenders… badass, right? 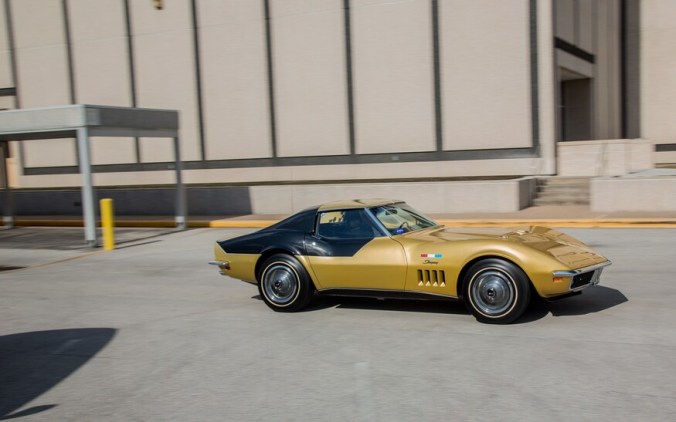 If that sounds cool to you, you’re going to love my novel. It’s full of car chases, secret agents, and Cold War history… so check it out! — https://amz.run/3ES5 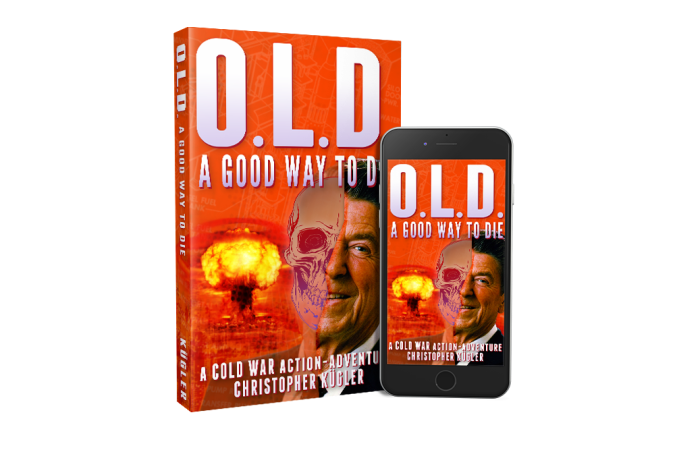